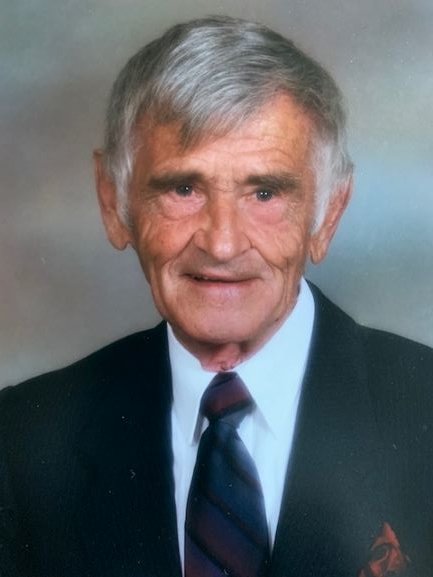 Born in Hombrechtikon Switzerland, Rudy immigrated to Canada at the age of 9 years to Whitby. He relocated with his family to Morrish, Port Hope in 1963 to start a pick-your-own market garden and cash crop business and retired from farming at 80 years of age.

At the age of 14 years, he joined the Oshawa Figure Skating Club to learn to skate and became known as “Mr. Rubber Legs”, making guest appearances at skating clubs in Ontario including Port Hope in 1951. From 1952-53, he took his comedy act on the road as a member of the U.S. Ice Capades. Eventually, he became well known as the entertainer and guest skater at the Port Hope Figure Skating Club and many other local clubs from 1967 to 2009. His last performance was skated at the age of 80.

His secondary career was working during the winter seasons as a snowplow driver and patrolman for the MTO.

Rudy loved spending time with family and hours outside on his land, as well as making people laugh. His humour and wittiness were experienced by everyone he knew and met.

Many thanks for the wonderful care by Port Hope Extendicare and Ed’s House Hospice staff, Dr. Phil Stratford and Dr. Kate Everdell.

Share Your Memory of
Rudolf
Upload Your Memory View All Memories
Be the first to upload a memory!
Share A Memory