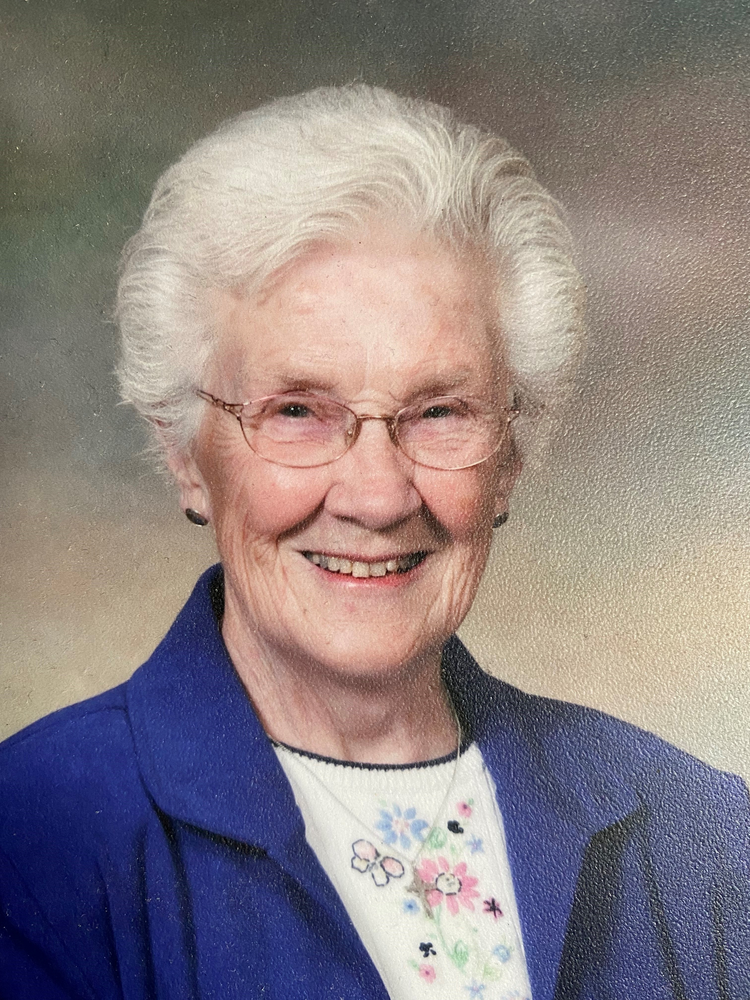 On September 28th 2021. Georgiana Eden, known to many as Dordi, was joyfully reunited in heaven with her soulmate Mack. She passed peacefully at Extendicare Port Hope. Georgiana was the beloved Mother of Janis and Jon Matthews, Kathy and Barry Mason, Blake and Eileen Holton. She taught them through life that love never fails. She was the cherished Dordi of her grandchildren Paul, Sharon and Ian Matthews, Ryan, Todd and Lisa Mason, Eden and Jay Campbell, Peter Holton and Allie Peters and Simon Holton and Letitia Calver. Isabel, Mackenna, Harper, Lucy, Darce, Oliver and Olson were blessed to be her great grandchildren. She is also survived by many dearly loved nieces and nephews and her brother-in-law and sister-in-law Bruce and Leona Holton. Friends will be received at Allison Funeral Home, 103 Mill Street North, Port Hope on Sunday October 24th from 11am until 2 pm followed by a Private memorial service. " I love you a bushel and a peck and a hug around the neck". Memorial contributions may be made by cheque to friends of Wesleyville Village or St. John's Anglican Church. www.allisonfuneralhome.com

We wish to thank all of the wonderful health care workers at Extendicare PH, Palisades Memory Care and Roseglen Village for your love and care of our Mother over the past several years.

Share Your Memory of
Georgiana Faith
Upload Your Memory View All Memories
Be the first to upload a memory!
Share A Memory