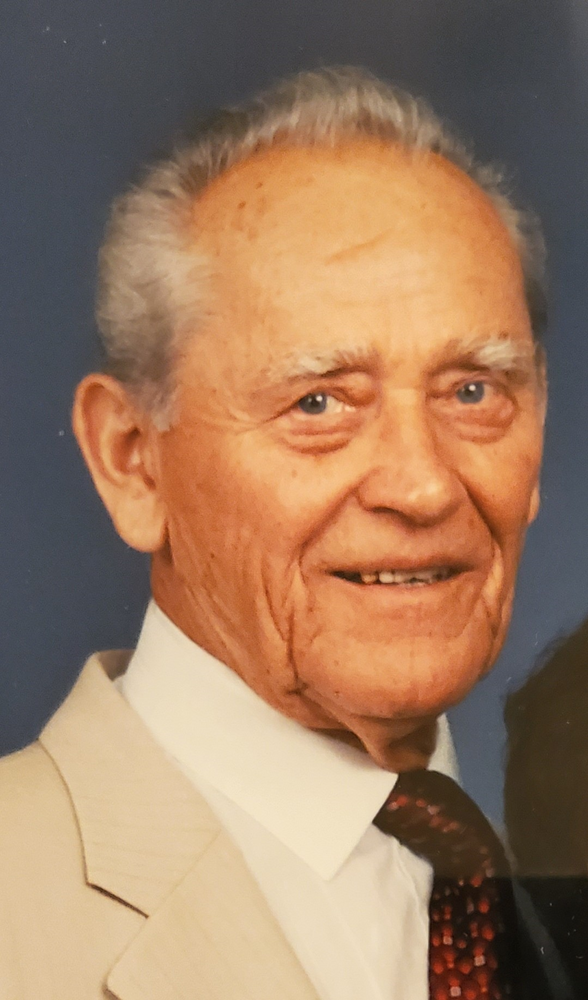 It is with great sadness that we announce that on Good Friday, April 15, 2022, at the age of 89, Daniel Kaczmarczyk died, peacefully surrounded by his family at the Golden Plough Lodge in Cobourg, Ontario. Daniel was born in Poland in 1933 and was one of thirteen children born to Józef and Maria Kaczmarczyk. He was a handsome and athletic young man and in the late 1950s he joined his two brothers, Edward and Boleslaw, living in Welland, Ontario. Soon after he married Helena Grabska, with whom he would remain married for 50 years until her death in 2010. They had two children, Urszula and Marek. In 1968 the family settled in St. Catharines after Daniel found employment with General Motors. He would remain a GM employee until his retirement in 1993. Both Daniel and Helena were active in the St. Catharines Polish community and devoted members of Our Lady of Perpetual Help Catholic Church. Helena was well known as a teacher of the Polish language and Polish folk dancing. Daniel was a hardworking man who loved his family and his faith. They spent many summer holidays camping or visiting friends in the Kaszuby area located near Barry’s Bay, Ontario, a well-known Polish summer retreat.

In 1988 Daniel’s first grandchild, Evan, was born to Urszula and her husband Robert Fishlock in Toronto. Two years later his second grandchild, Dylan, was born to Urszula and Robert. Over the next twenty or so years Daniel and Helena spent as much time as possible caring for and enjoying their grandchildren, particularly at the Haliburton cottage located near Kinmount, Ontario. Daniel loved to search for wild mushrooms in the forest and enjoy a glass of brandy before or after dinner. He was also an outstanding euchre player.

In 1994 his son Marek met Mathilde Bernard  during her first visit from Germany to the Toronto Film Festival. They soon settled together in Munich, Germany. Daniel and Helena travelled to Munich on a number of occasions to visit Marek and Mathilde, as well as their homeland Poland, to visit their many relatives living there. Dementia took its toll on Daniel through his later years and eventually he needed to enter a long term care facility located near Cobourg, Ontario. Daniel’s family is extremely thankful of the care that he received in his last years at the Golden Plough Lodge. We always heard from the staff at the lodge that he was a gentle and kind resident. We will all miss him dearly and know that he and Helena have been re-united.

A funeral mass is planned for Friday, September 16, 2022 to be held at Our Lady of Perpetual Help Catholic Church in St. Catharines, Ontario.

Good bye and God bless you Tata/Dziadziu/Wujek. You were the best and we will all miss you. Love Urszula, Marek, Robert, Mathilde, Dylan, Evan, Grazyna, Bernadete and Dorota. Donations in Daniel’s name may be made to the Huntington Society of Canada at https://www.huntingtonsociety.ca/ or Our Lady of Perpetual Help Catholic Church at https://www.ourladyofphchurch.ca/ .

Share Your Memory of
Daniel
Upload Your Memory View All Memories
Be the first to upload a memory!
Share A Memory