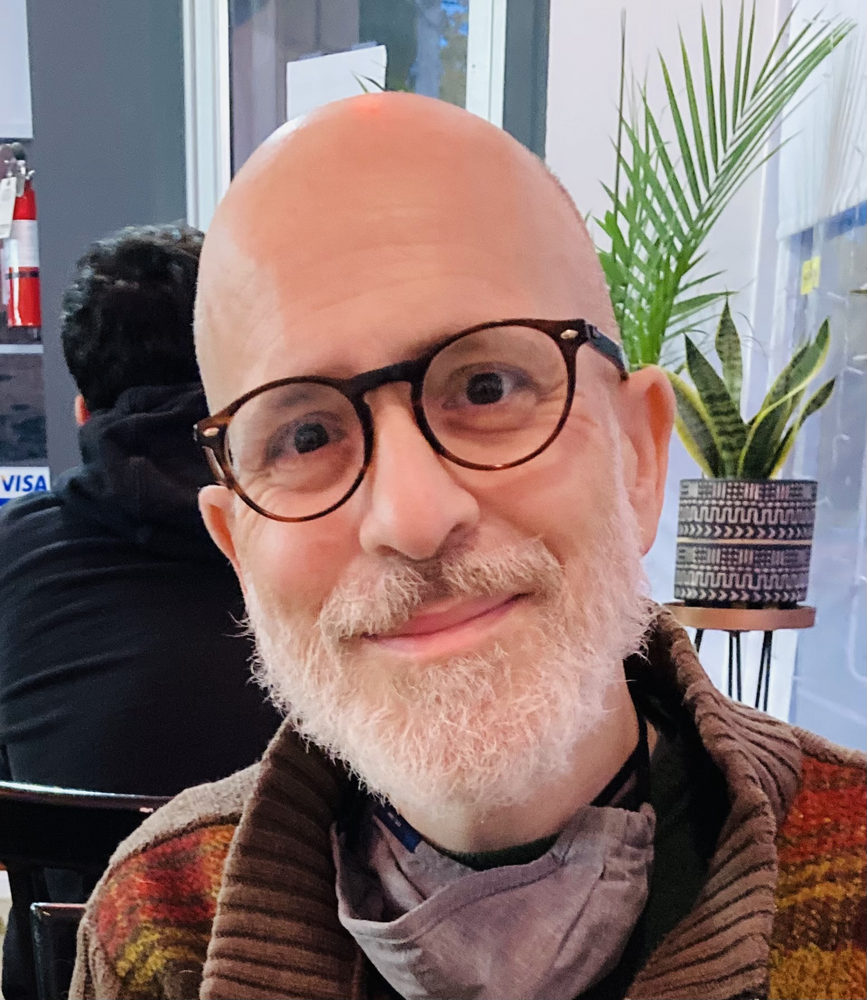 Kevin Carl Randall Allan, 52, of Port Hope, Ontario, died July 13, 2022 at home after a three year struggle with pancreatic and liver neuroendocrine tumors (NET) and acinar cell cancer. He died as he lived: on his own terms.

Born in Hamilton and adopted at five weeks by the most wonderful parents ever, Robert and Lorraine Allan. Predeceased by his beloved mother, Lorraine, in 2012. Survived by his wife Erin Coulter, Robert and Debbie Allan, sister Robyn Allan, and niece Morgana Morris (Emily Diamond), in addition to many aunts, uncles, cousins, neighbours and friends and "fur babies" Winnie and Monkey. Kevin had a larger-than-life personality concentrated in a small body and was proud to tell anyone that he was a "stubborn little bastard". He overcame infant cancer at eight months and recovered from years of addiction in 2010.

Fiercely loyal to friends and family, Kevin loved to reminisce about his days growing up in Hamilton in the big house on Markland. He finished high school at Pickering College, where he played rugby and made lifelong friends, including Keith Singer and Rob Wiss. Rob was Kevin's best friend and their adventures tree planting and following the Grateful Dead were Kevin's favourite stories to tell.

Kevin always spoke fondly about his days in the Peterborough theatre scene where he met his friend, Tim Etherington, of the legendary European road trip. Dropping out of Trent in the early 90s and using his student loan to fund plays, Kevin was a founding member of Fourth Line Theatre and the Union Collective. For a time, he lived over top of the Only Café on Hunter Street and would come down the fire escape in his bathrobe to have breakfast on the patio.

Kevin's life took a fortuitous turn in 1997 when he took a job selling natural gas door-to-door. With his entrepreneurial spirit, creative outlook, and gift of the gab, Kevin was a natural salesman. Through this opportunity he met close friend, Jason Beer, and together they knocked doors and broke new ground. Kevin saw that he was good at this and left his broke artist life behind. The hazy crazy days of deregulating energy in Ontario followed and Kevin worked at a number of start-ups in the energy field before joining Scura Partners as a Senior Advisor in 2020. As the original "big thinker", this was the perfect opportunity for Kevin as he could connect businesses with cutting-edge ideas with the investment bank.

Kevin dressed to impress in well-fitted suits, zany socks and interesting timepieces. He rocked magenta wingtips and loved to talk on the phone to family, friends or really anyone who happened to call. He loved sci-fi books and movies, all types of music, and had a "happy chaos" style of hosting, particularly for the annual Hannukah party.

Kevin met Erin in 2017 when they were both taking their dogs to doggie daycare in Toronto. He asked the doggie daycare owner for Erin's number, and they were together forever after their first date. He often talked about their meeting as being thunderstruck. They moved to Port Hope in 2019 and enjoyed the supportive community, particularly during Covid and his ill health.

Always a medical marvel, Kevin was diagnosed with not one, but two, rare types of cancer in 2019, less than a month before his wedding. Kevin advocated for his treatment and did considerable research so that he could participate fully in his care. His health took a major blow in May 2021 from complications from a Whipple and liver resection surgery. He put himself through every option no matter how wretched it made him feel. It was only in April that he moved to a quality over quantity approach to life, accepting that his time was nearly up. He hung on by his fingernails to do one final trip to the Morrow camp at McGregor Bay. Kevin felt very loved by all who visited him in his final months.

Erin extends a sincere thank you to family doctor Dr. Fraser Cameron in Port Hope, Dr. Raymond Jang and the GI oncology team at Princess Margaret Hospital, and the staff at Northumberland Hills Hospital, who provided top-notch care and laughed at his jokes during his many stays there.

There will be no funeral but a celebration of life will take place at a later date. Donations can be made in Kevin's memory to Princess Margaret Cancer Centre or the Northumberland Hills Hospital.

Kevin walked loud through life and there is silence in his absence.

Share Your Memory of
Kevin Carl Randall
Upload Your Memory View All Memories
Be the first to upload a memory!
Share A Memory