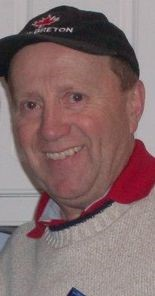 It is with great sadness that we, the family of Don Leo Bates announce his passing on Oct 30, 2021, in Scarborough ON, at the age of 65. Don was the son of Florence and the late Adrian Bates of Sydney River.

Like so many, as a young man Don moved to Ontario to work and raise his family; but he loved to return “home” to Cape Breton whenever he could. Don was the father of six, but his home was often filled with many more family members and friends who needed a place to stay. He had a kind heart and happy laugh, especially when telling his many jokes, which he loved to share with everyone - especially his Mom. He never gave up on his beloved Toronto Maple Leafs and Blue Jays, but his pride and joy was his family.

A private family funeral service will be held. A public celebration of life will be held at a later date. If desired, memorial contributions may be made by cheque to the Salvation Army.  www.allisonfuneralhome.com

Share Your Memory of
Don Leo
Upload Your Memory View All Memories
Be the first to upload a memory!
Share A Memory