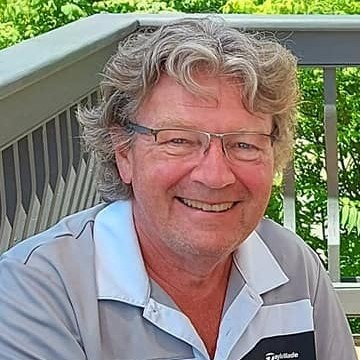 It is with heavy hearts and great sadness that we announce that Robert (Bob) Thompson passed away suddenly at Northumberland Hills Hospital on Monday, January 3, 2022 at the age of 66.

Loving and adoring Papa to Jacob and lovingly known as Papa Bob to Nathan, Eli and Sage.

Born in Oshawa, Bob grew up playing recreational hockey and still enjoyed playing the sport with his GM co-workers until he turned 50. In his younger years, he also had a love of running and playing tennis.

Bob started working for General Motors in the Oshawa car plant at age 20. He was a dedicated employee and ended up working in the truck plant as an elected Union Safety Representative. Bob will always be fondly remembered by his nickname, "Safety Bob". After 34 years with GM, Bob retired when the truck plant closed. His retirement didn't last long. He was always continuing to better himself with his "lifelong learning". Bob was taking more safety courses at Ryerson University when he was offered a position as a Safety Advisor for the Ontario Government. He was a dedicated employee in this role for 10 years before he retired for a second time. His co-workers commented that they will miss Bob's sense of humour and stories in the lunch room every day. So many will miss Bob's funny side and his humorous stories.

Bob's passion for golf began when he started golfing for the very first time when he was 52. He worked hard at improving his skills. For the last few years, he enjoyed golfing around the corner from where he lived at the Port Hope Golf and Country Club. In the past few years, nothing warmed Bob’s heart more than taking his grandsons, Jacob and Nathan, golfing with him. He took them one at a time and gave them both all his Papa golf tips.

Bob's passion for camping and fishing played a big part in his children's lives. They grew up with camping and fishing in their blood. Bob's most favourite and special spot was Lake St. Peter. Lori, his kids, step-kids and grandkids will honour and remember him this summer by spending time at a cottage on Lake St. Peter where he had planned to be with them. Sadly, that wasn't meant to be, but he will be with them in their hearts. He will be with them in spirit. Bob loved all of his children and grandchildren so much and his motto was "let's make some memories together".

In keeping with Bob's wishes, he will be laid to rest in an Eco-Friendly Burial in Cobourg, Ontario with a private service on Saturday, January 8th. There will be an outdoor "Celebration of Life" in Cobourg in late spring, close to where Bob will be resting. Details to come.

As Bob once said, and quoting comedian, Joan Rivers, "wake me up when my hairdresser gets here". Bob always had the best hair!

Share Your Memory of
Robert Peter
Upload Your Memory View All Memories
Be the first to upload a memory!
Share A Memory